Professor Elżbieta Banecka graduated from Academy of Fine Arts in Warsaw in 1991. She got her diploma in painting at prof. Jan Tarasin’s class with additional one – an annex – in gra-phics at prof. Halina Chrostowska’s and prof. Rafał Strent’s class. She is a professor at Stage Design Department in Academy of Fine Arts in Warsaw, leads Drawing and Color Workshop. She was a juror and co-organizer of International Art Book Festival, was a member of the „Hestia” chapter granting Academy of Fine Arts index in Gdańsk. She was also a curator of many exhibitions, both in Poland and abroad. She is a winner of more than 60 prestigious awards and distinctions, both Polish and international, among others the winner of Bronze Medal at International Graphics Triennale in 1991 in Osaka (Japan), Grand Prix of „Warsaw Graphics” (pl. „Warszawska Grafika”) competition in 2002, Grand Prix at International Art Triennale „Majdanek 2004” (Ministry of Culture award), I award at Fine Arts Festival in War-saw in 2006, Grand Prix at „Paper and plastic obsession” (pl. „Obsesja papieru, tworzyw”) competition in 2010, distinction 2013 and award nomination in 2016 at J. Gielniak Internatio-nal Graphics Competition, distinction in 2014 and 2016 at International Miniature Biennale in Częstochowa. She collaborated with Polish Radio and designed many well-known CD covers. For many years she has also collaborated with theatre for children „Gulliver” (pl. „Guliwer”), designing posters, catalogues and theatre play programs. She has created many art catalogues (in 2007 she received few awards, distinctions and commendation in competi-tion „The most beautiful book of the year” (pl. „Najpiękniejsza Książka Roku”) for the catalog „International Art Book Festival” (pl. katalog „Międzynarodowy Festiwal Sztuki Książki” ). In 2009 she was nominated to the „The most beautiful book of the year” (pl. „Najpiękniejsza Książka Roku”) award – for „Love in Dots” (pl. „Miłość w kropki”) catalogue. In „Art Book” (pl. „Książka Artystyczna”) category in 2007 she was awarded for art book „As Long I walk” (pl. „Dopokąd Idę”). She held dozens of solo exhibitions, both in Poland and abroad, among others in Warsaw, Poznań, Białystok, Kassel, Falun, Barcelona, Osaka, New York. She partici-pated in more than 200 joint exhibitions, both in Poland and abroad. At present, she is focu-sed on unique curio art graphics, creating and devising her own experimental techniques, on graphic design, on design graphics and art books and painting. Her works are in various col-lections, among others in Modern Art Musem in Osaka, Japan, BWA „Arsenał” Białystok, Sta-te Museum in Majdanek, Masovian Cultural Centre, Art Book Museum in Łódź, „Imprint” Collection in Warsaw, Karkonosze Museum in Jelenia Góra, and private collections in Brasil, France, Arab Emirates, Belgium, England, Austria, Spain, Norway, Sweden, Switzerland, Ja-pan, Germany, Finland, USA, Canada, Ireland, Poland 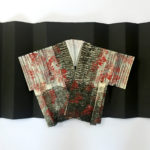 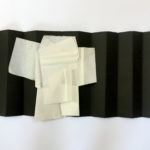 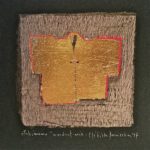 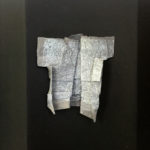 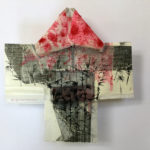 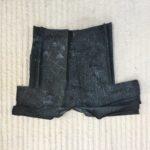 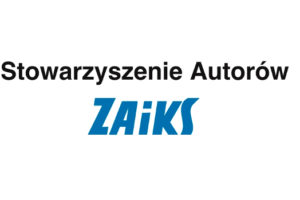