In imperial China, embroidery was – as in old Europe – an important element of women’s life and work, both from the upper classes and from the people. They were taught embroidery from an early age, and skills in this field were an important advantage of every young marriageable woman, proving her abilities, diligence and patience.

The maids embroidered their wedding dowry and gifts for the future husband and his family. Wives and mothers decorated shoes for bound “lotus feet”, sleeve borders, hats and bibs for children, pouches or fan cases, as well as interior decorations. In the monotonous women’s life, limited to the inner sphere of the home, this was one of the few ways to express artistic imagination and taste. Creative work also tightened family and friendly relations. Very sophisticated costumes, extensive interior decorations of residences and temples were, however, produced by professional embroiderers, both male and female, commissioned by elite clients. Such workshops exist until today, while the universal embroidery skills, like in the West, go back to the past.

Embroidery was mostly done with silk and metallized threads, wrapped with gold-plated paper. Traditional thread reels: flat, narrowed in the middle and decorated with carved patterns, are the characteristic Chinese accessories for needlework. 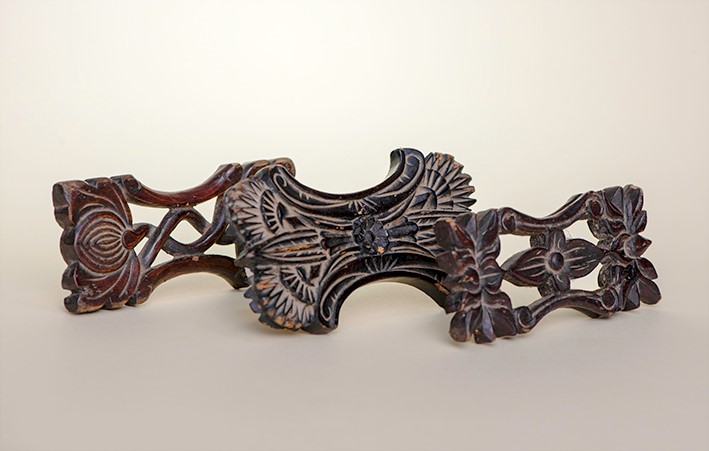