The Asia and Pacific Museum is one of the partner of the international project Activism And Its Moral and Cultural Foundation: Alternative Citizenship and Women’s Roles in Kurdistan and the Diaspora (ALCITfem). The project is an interdisciplinary research programme that is rooted in literary studies, cultural anthropology, gender studies and sociology. Methodologically and theoretically, the project combines and connects Humanities with Social Sciences through the cooperation of the following institutes: the Section of Kurdish Studies at the Institute of Oriental Studies (Faculty of Philology) of the Jagiellonian University (JU, Kraków), the Centre for Gender Research (STK, Senter for Tverrfaglig Kjonnsforskning) at the University of Oslo (UiO), the Centre for the Advanced Study of Population and Religion (CASPAR) at Cracow University of Economics (CUE), the Fafo, Institute of Labour and Social Research in Oslo and the Asia and Pacific Museum (Warsaw). The project is funded in the scope of the Grieg programm of the National Science Centre of Poland from the Norway Grants.
Over the last five years, the Kurdistan region, situated in the heart of the Middle East and divided over four nation-states (Iran, Iraq, Syria and Turkey) has lived through deep transformations. Some of these developments were hopeful and inspiring for many Kurds, whereas other developments were strongly infringing on personal and collective rights. Although large-scale transformations in many cases displaced communities and destroyed institutions, at the same time new actors and institutions emerged, in the homelands as well as in the diaspora. Internationally and locally, the Kurds are more known through guerilla struggle and violent confrontations with the state than through peaceful activism. The focus on violence of both academic studies and media attention has led to a relative invisibility of Kurdish cultural and social activism, whereas such activism has deeply transformed Kurdish society from within. 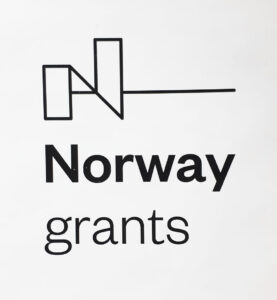