China, first half of the 20th century, silver.

Despite its small size, the sculpture is extremely precise, and shows great attention to detail. The weaver, although measuring only three centimeters, has marked facial features, a traditional hairstyle made of braids rolled into buns on both sides of the head, she is wearing a long tunic, trousers and tiny shoes, and she holds a miniature weaving shuttle in her right hand.

The loom itself is made of metal beams with a rectangular and round cross-section, and the warp threads are made of thin, twisted wires.

This loom – horizontal, without footrests, with only one heddle – was probably used for weaving colorful silk tapestry called Kesi.

The sculpture is a decorative object. It could have been meant to be a souvenir from China, made for the European market, showing traditional crafts in the homeland of silk. 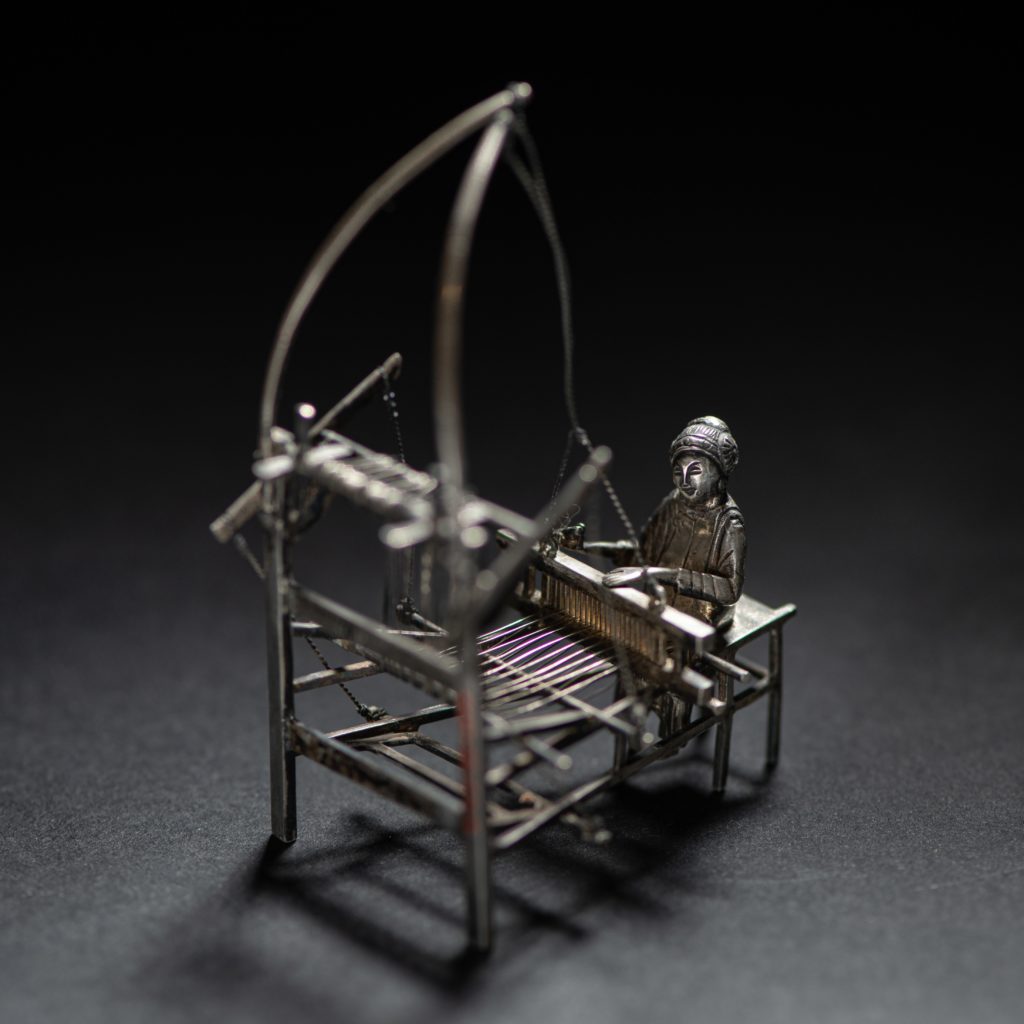